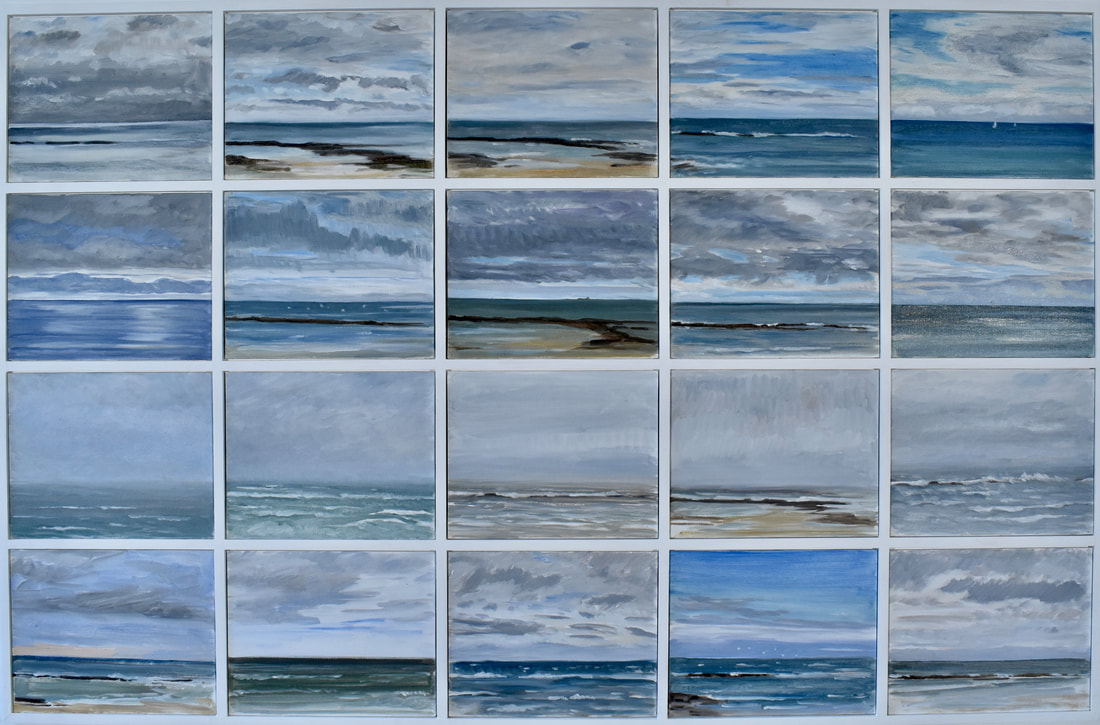 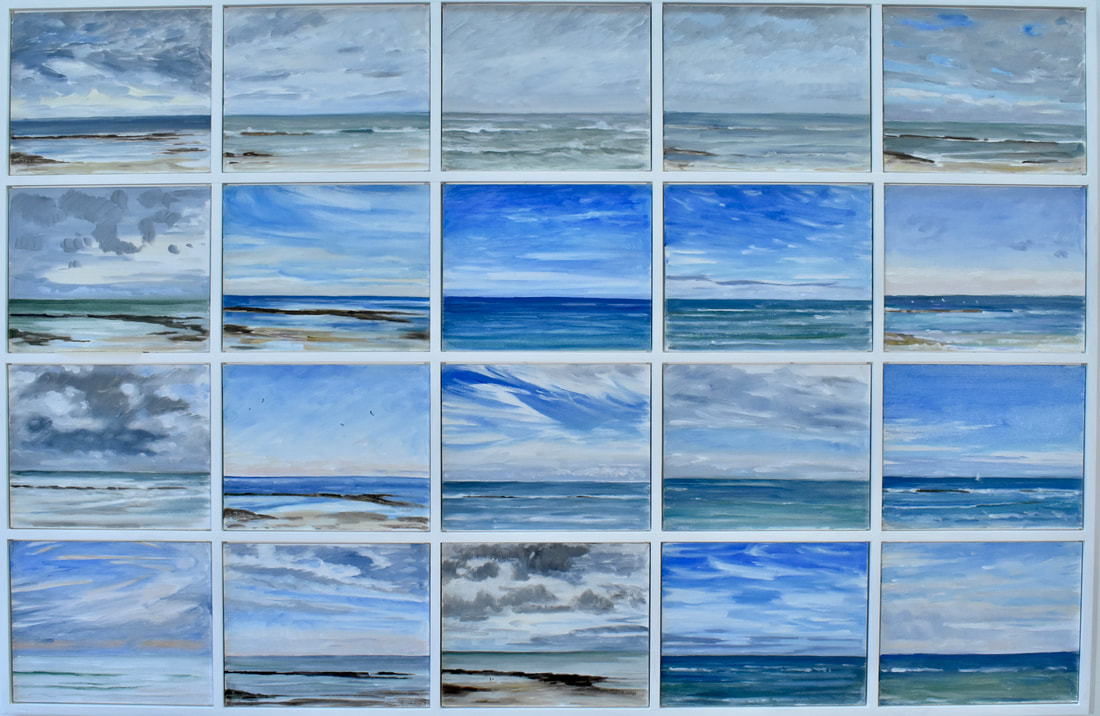 Group 2, Top to bottom, Alternate days 9 to 15.  Left to Right, Morning to Evening 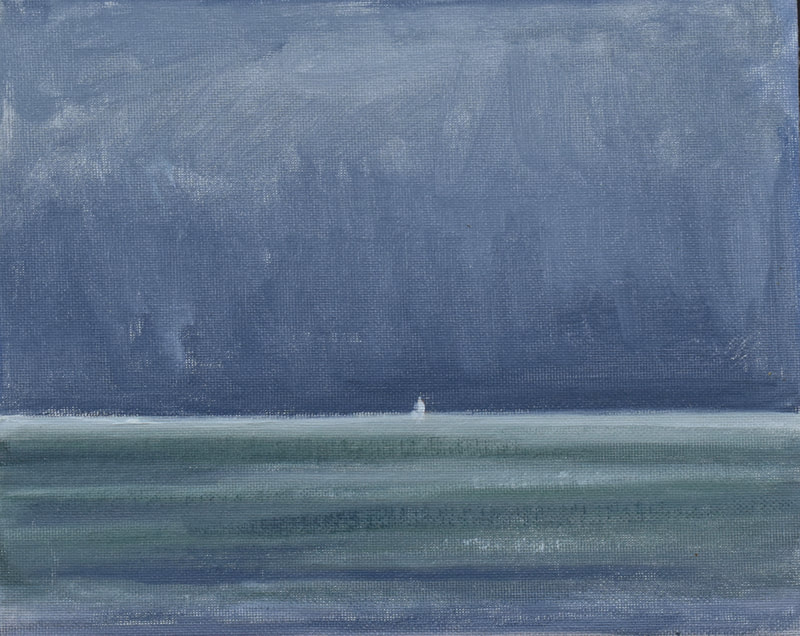 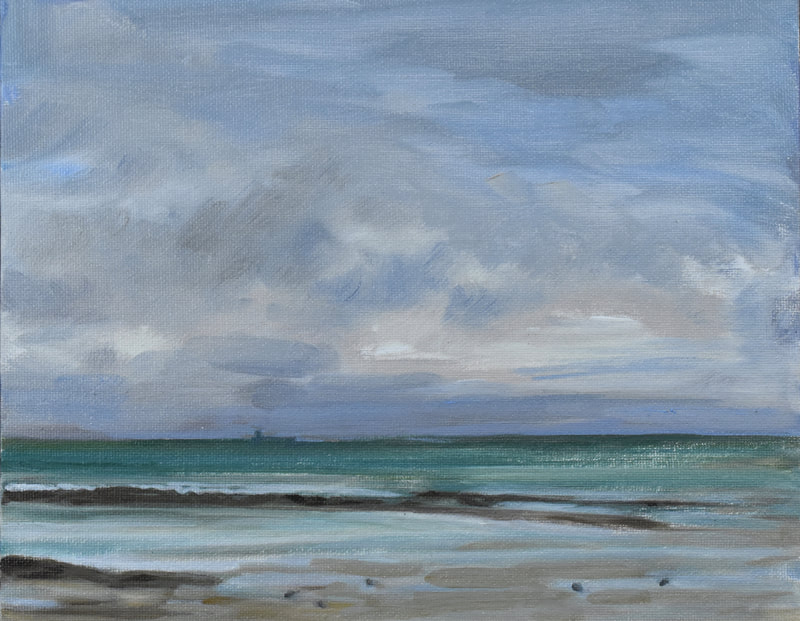 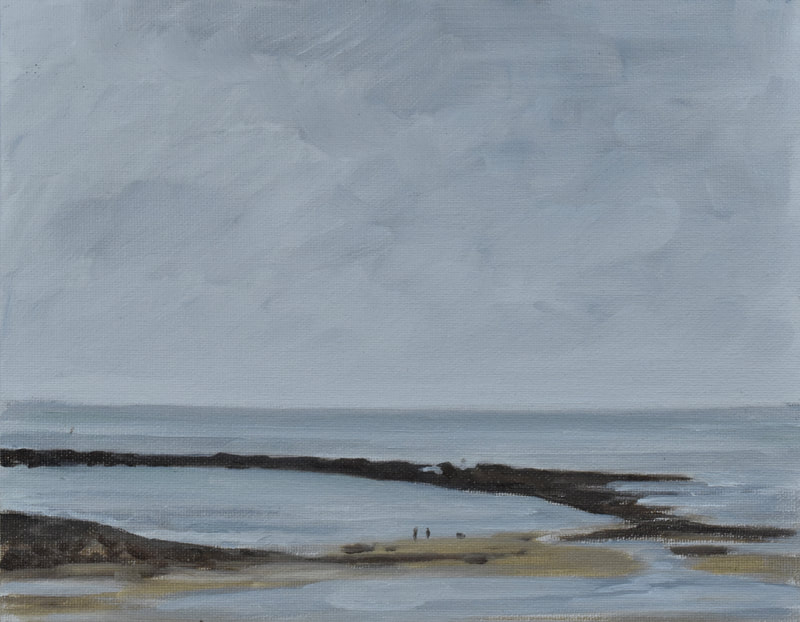 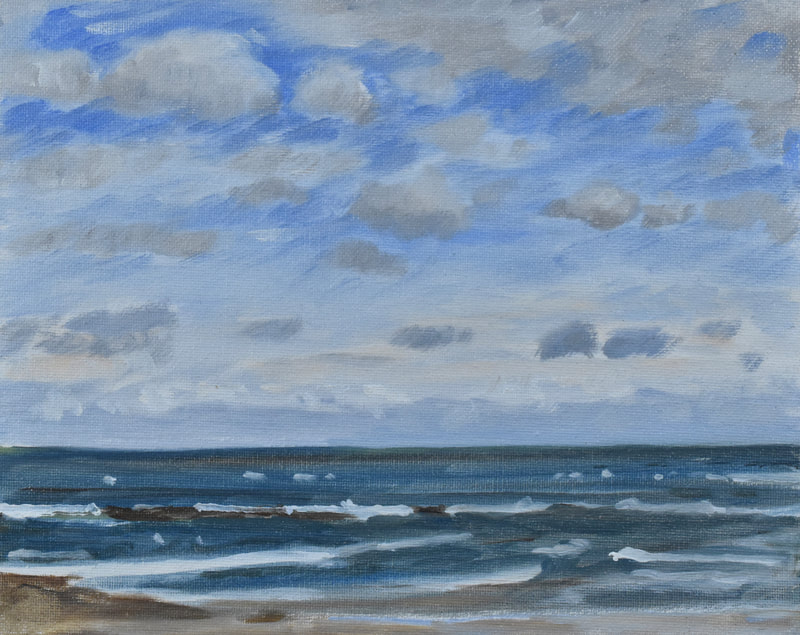 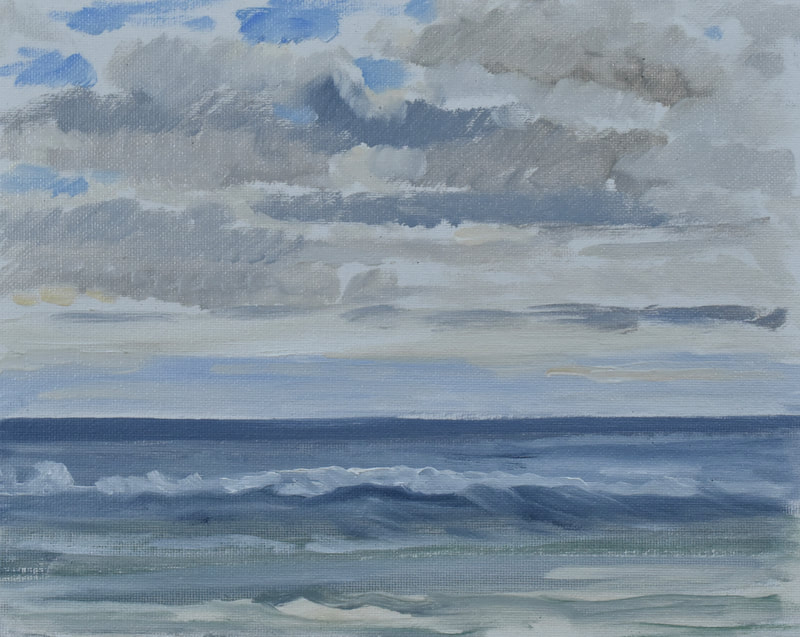 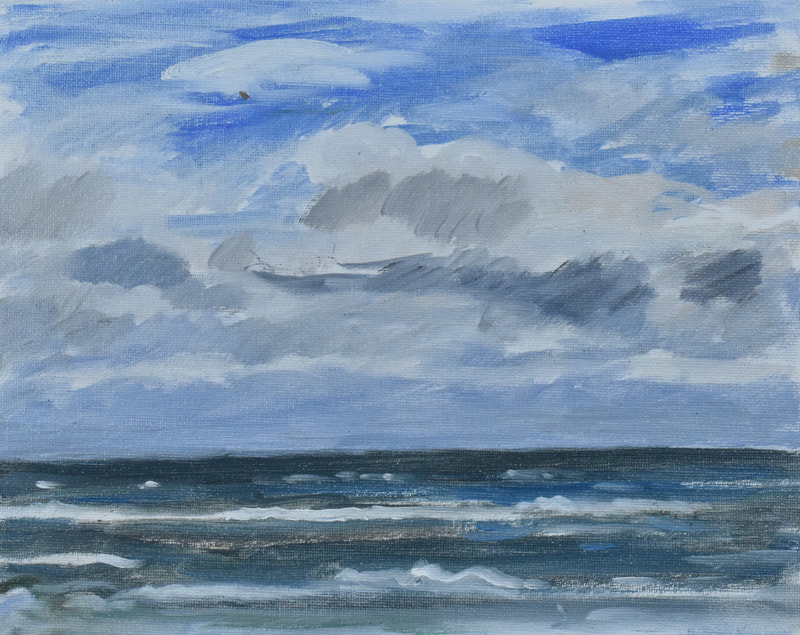 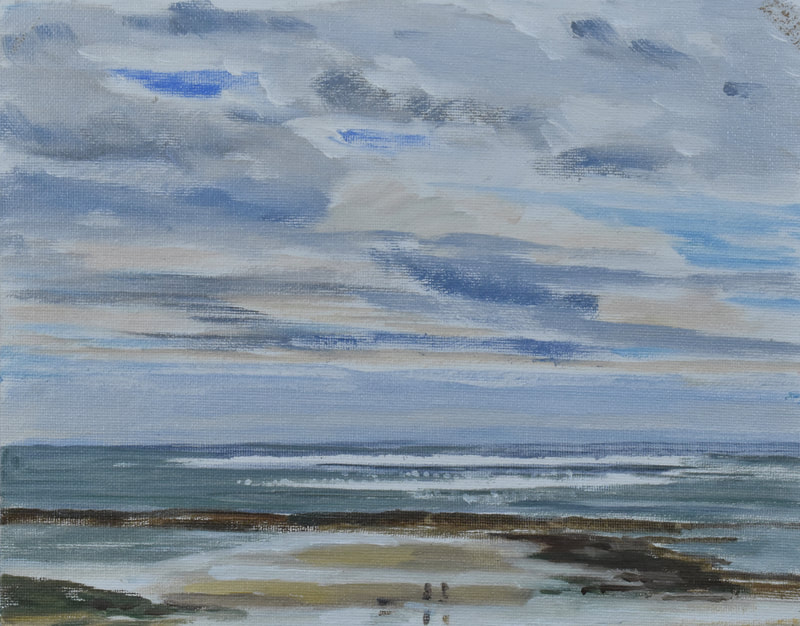 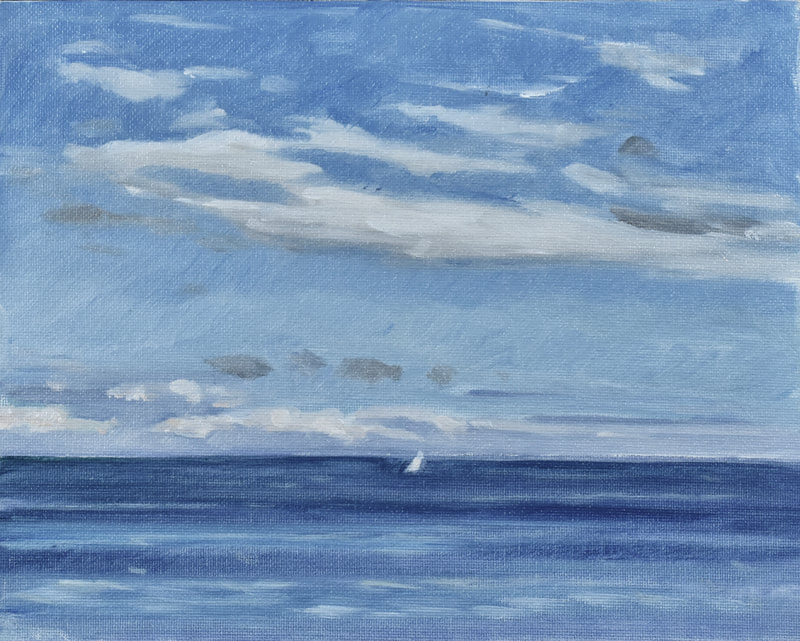 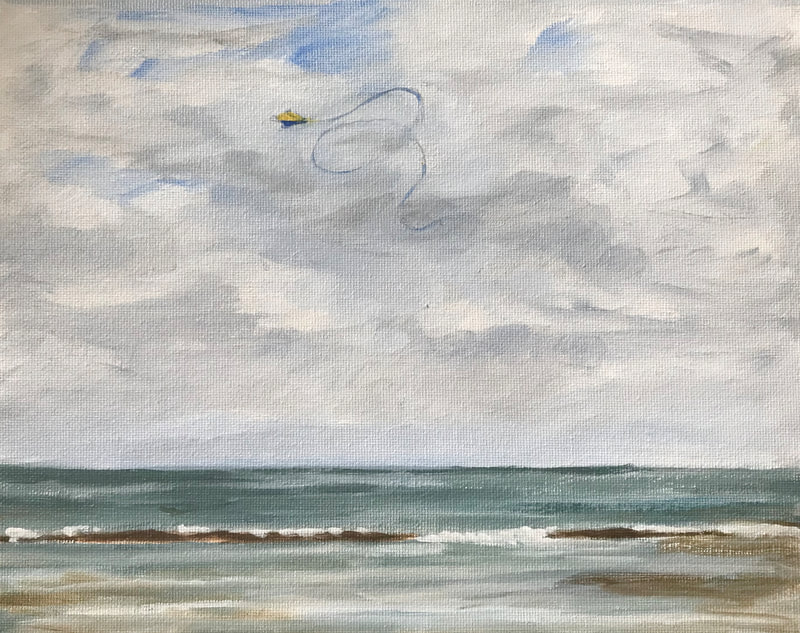 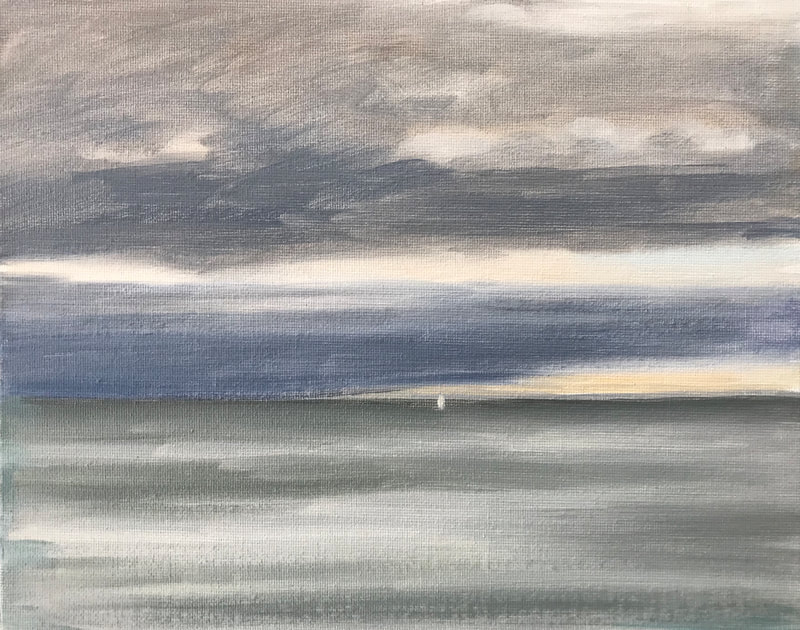 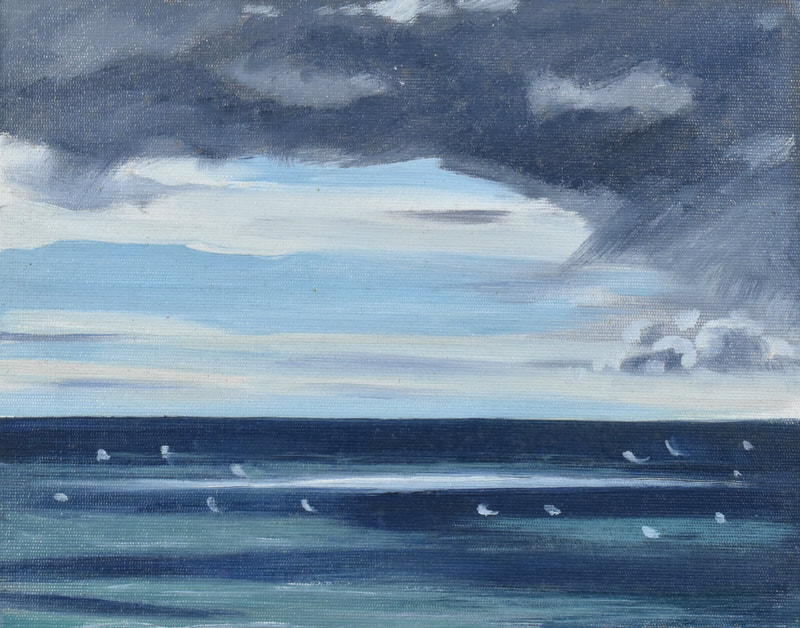 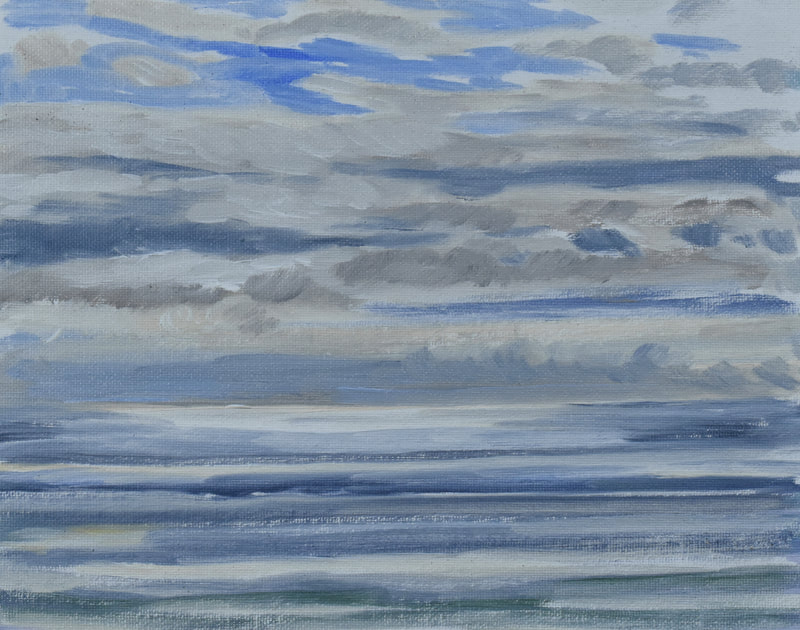 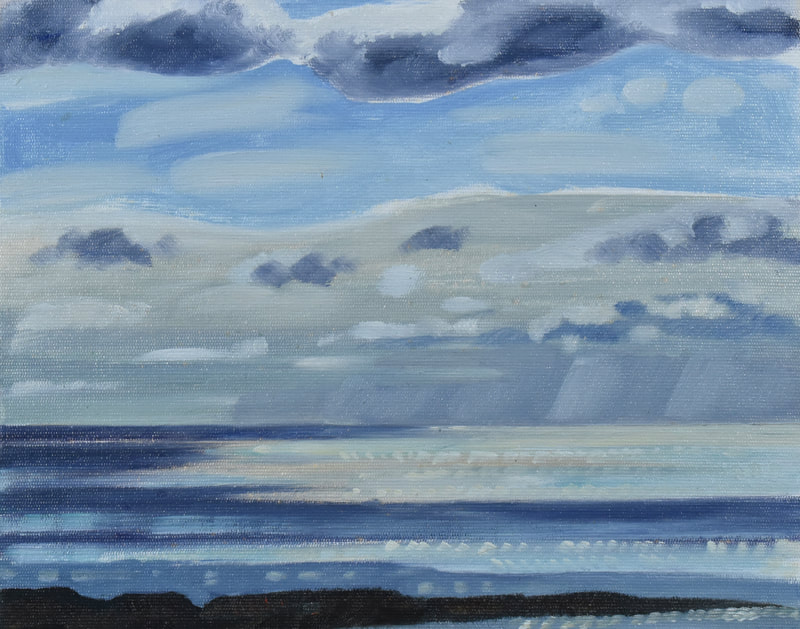 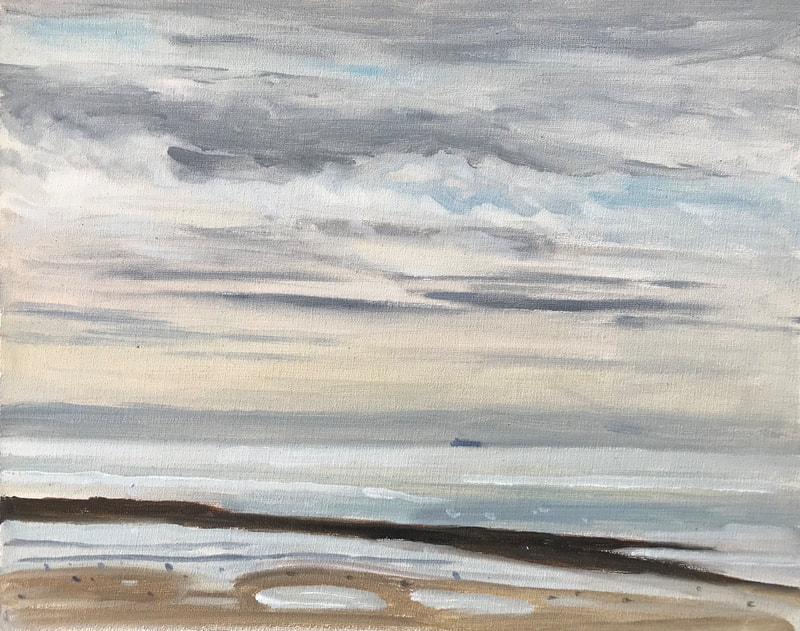 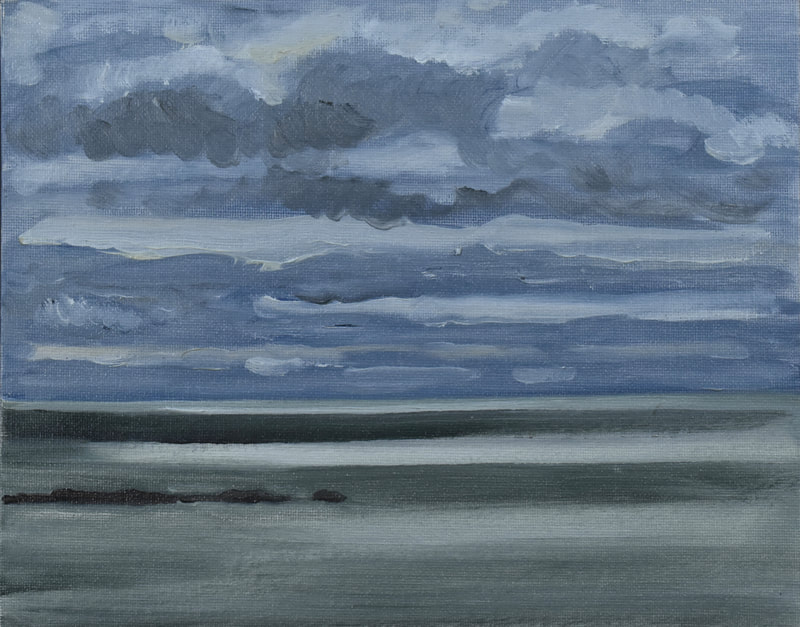 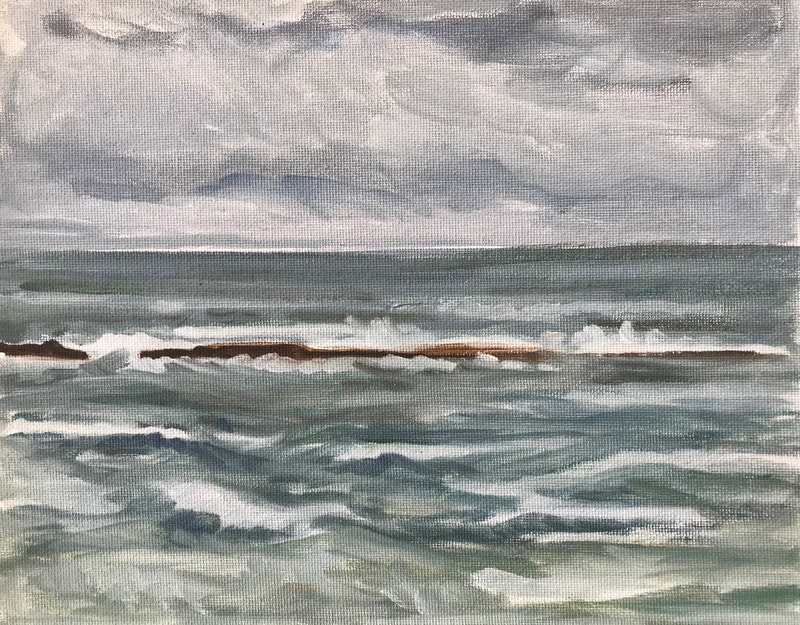 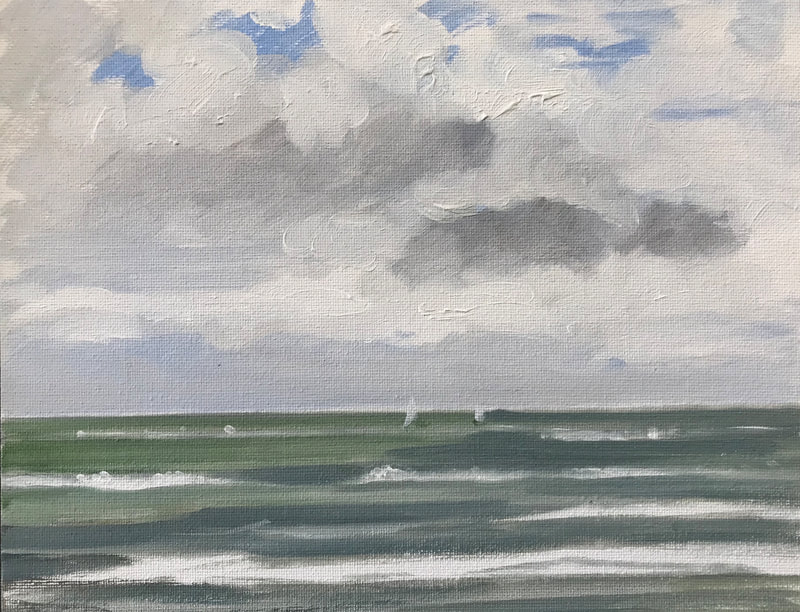 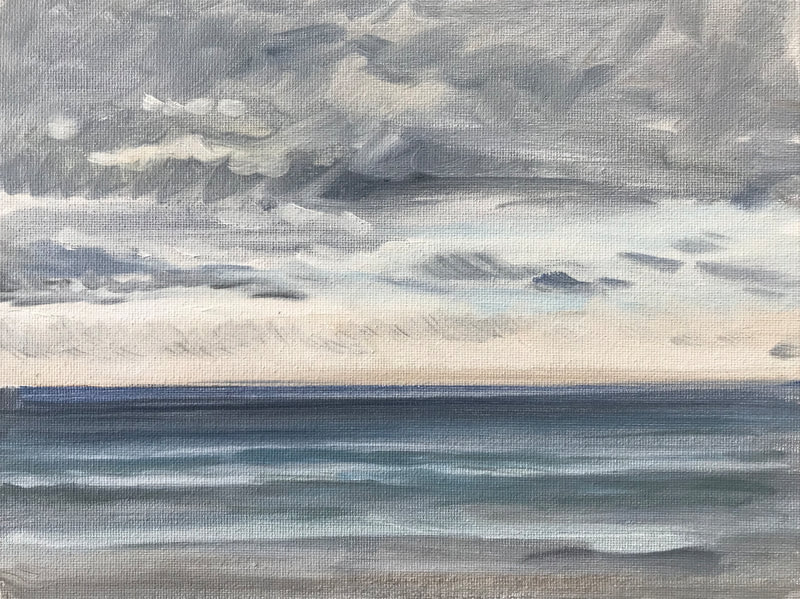 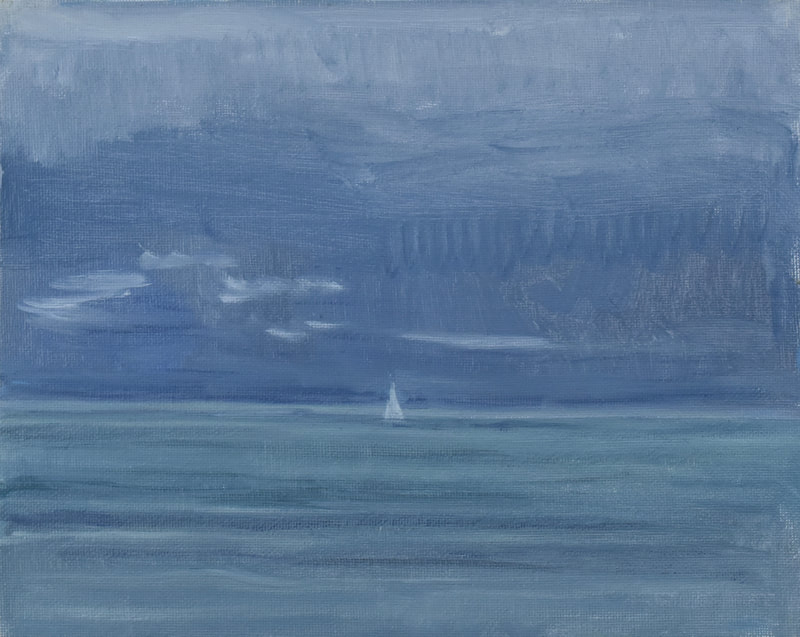 Day 4, 8.00 pm
'But more marvellous than anything else is the great fellowship that exists between the ocean and the course of the Moon . . .
. . . the Moon rises and sets each day 4 puncti later than it rose or set the previous day:  likewise, both ocean tides, be they by day or by night, morning or evening never cease to come and go each day at a time which is later by almost the same interval.   Now a punctus is one-fifth of an hour;  and five puncti make an hour.   Furthermore, because the Moon in two lunar moons [that is 59 days] goes around the globe of the earth 57 times, therefore the ocean tide during the same period of time, surges up to its maximum twice this number of times, that is 114, and sinks back to its bedtime the same number of times.   For in the course of 29 days, the Moon lights up the confines of the natural month, it circles half the globe of the Earth so that, for example, the new Moon which emerged [from conjunction] last month above the Earth at noon, will this month meet up with the Sun to be kindled at midnight beneath the Earth.   Through this length of time, the tides will come twice as often, and 57 times..
The Venerable Bede of Jarrow 673 -735 A.D.
Bede: The Reckoning of Time.  translated by Faith Wallis